Hans in Luck: The Nasruddin of Brothers Grimm? 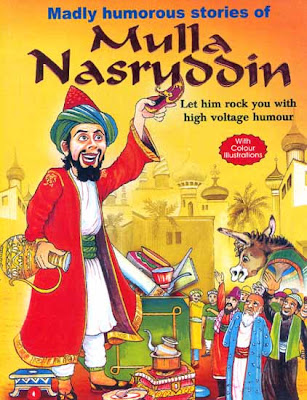 I won't have time to write up every story we are reading from Brothers Grimm like this, but I am picking out my favorites to comment here on the blog, and the story Hans in Luck is definitely one of my favorites - is Hans a fool? or a wise fool? That is the question! Plus, I would argue that it is an impossible question to answer, just as it is impossible to say whether Nasruddin is the village idiot or a Sufi master. In case people are not familiar with Nasruddin (OH I LOVE NASRUDDIN), here is one of my favorite Nasruddin stories:

So, what say you? Is Nasruddin a fool? Or a wise fool, who understands something much deeper - that regardless of where he lost the coin, the light is what matters... that it is enlightenment itself, not material possessions, which should be the object of our search? The joke works both ways, and I think the same is true of Hans - think about the last part of the story (here's the whole story):

[...] he placed the stones carefully by his side at the edge of the well; then he sat down, and as he stooped to drink, he happened to give the stones a little push, and they both fell into the water with a splash. And then Hans, having watched them disappear, jumped for joy, and thanked his stars that he had been so lucky as to get rid of the stones that had weighed upon him so long without any effort of his own. "I really think," cried he, "I am the luckiest man under the sun." So on he went, void of care, until he reached his mother's house.

Hans, freed of his burden. Nasruddin, searching in the light. Or are they village idiots the both of them? LOVE IT. No one can answer that question for you: only you can answer it for yourself. :-) 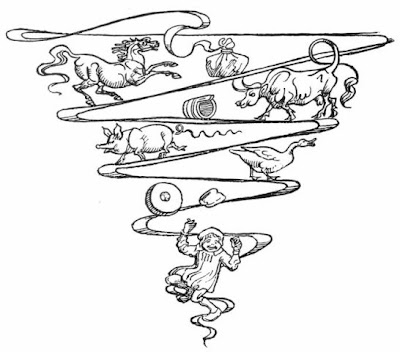